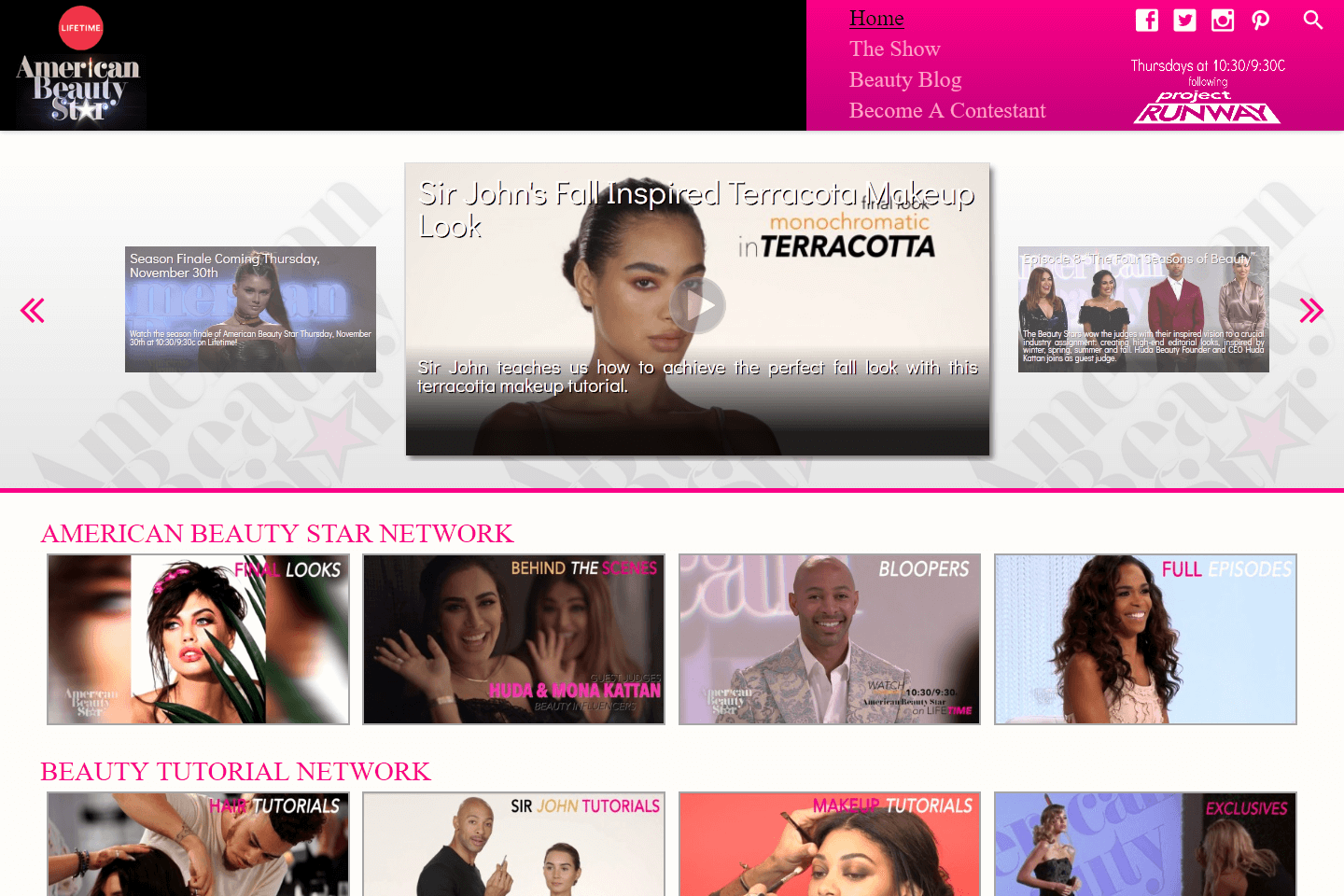 Guest Judges Include Christie Brinkley, Behati Prinsloo, Camila Alves and Michelle Phan, among many others

Los Angeles, CA - (August 14, 2017) – Glam reaches a whole new level in Lifetime’s new competition series, American Beauty Star, hosted and executive produced by international icon Adriana Lima. Premiering Thursday, September 21 at 10:30pm ET/PT following new episodes of Project Runway, twelve hair or make up mavens must become ‘beauty directors,’ responsible for creating the overall look of their models. Paired with a teammate who is a master of the opposite craft, together they will compete in a series of beauty challenges each week, from creating high-end editorial looks to the most current glam creations for red carpets and runway shows. At the end of the season, only the contestant who proves they have what it takes to revolutionize what’s to come in beauty will be named American Beauty Star. The series comes from executive producer Norton Herrick and Herrick Entertainment and marks their first venture into reality TV.

The American Beauty Star contestants are:

The winner of American Beauty Starwill receive a $50,000 cash prize, and coveted spot on the beauty team for a Teen Vogue editorial spread. The prize package also includes $10,000 worth of product from Glamcor Mirrors and JTV, a year supply of Ardell Lashes, and $2,500 worth of FHI Tools. Individual episode prizes include opportunities creating an American Beauty Starbranded capsule collection for Orly Nail polish, collaborating on a Color Wow photo shoot, $10,000 worth of jewelry from JTV and $5,000 worth of product from Huda Beauty.