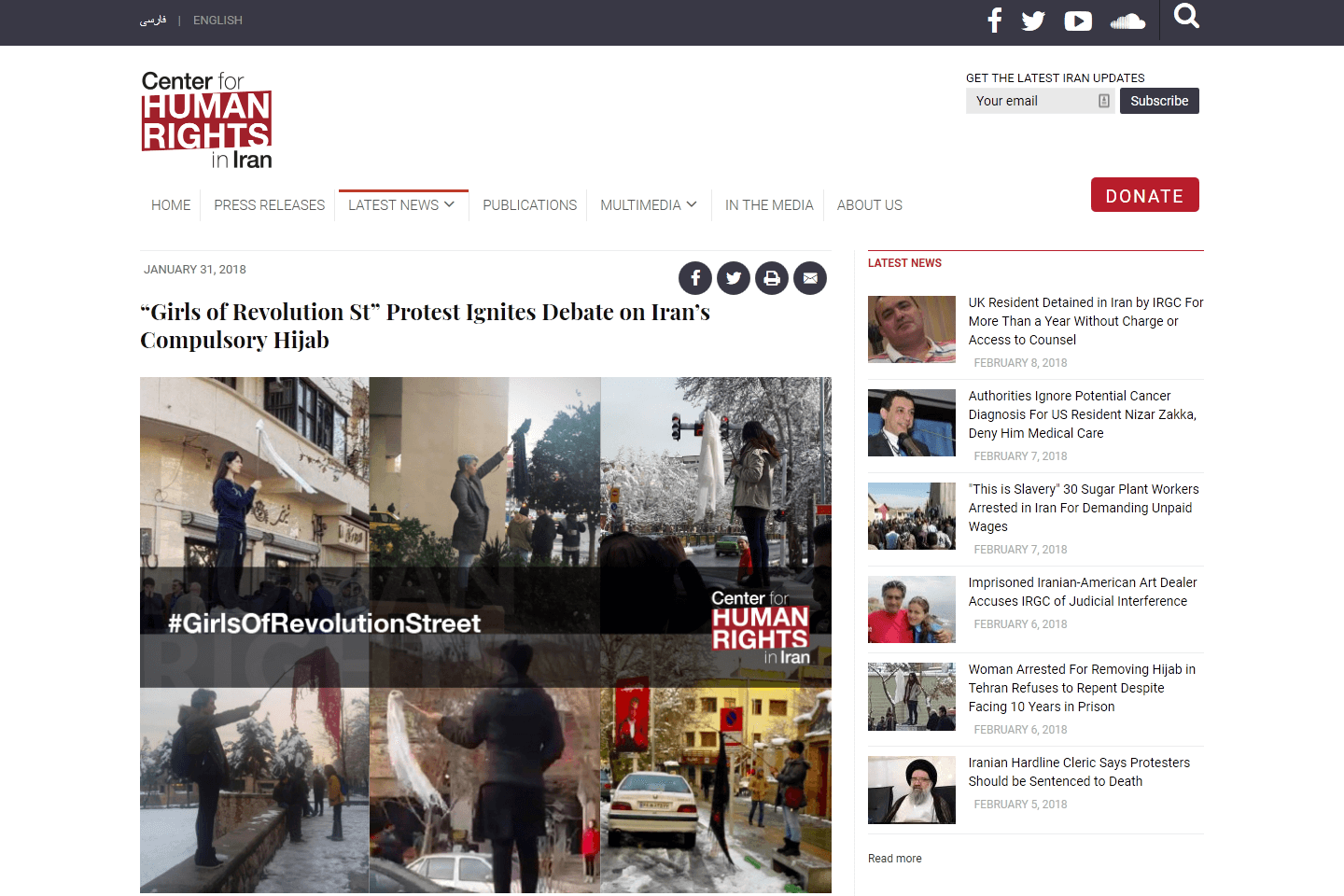 Several women protested against Iran’s compulsory hijab law in the streets of Tehran and Isfahan on January 29 and 30, 2018, by publicly removing their headscarves and waving them like flags while standing on a platform.

The police detained at least one of the peaceful protesters, Narges Hosseini, who can’t afford to post her bail amount, the Center for Human Rights in Iran (CHRI) has learned.

“The bail is too high and Hosseini’s family can’t afford it,” a source close to Hosseini told CHRI. “The assistant prosecutor agrees but he says Narges knows what a grave and dangerous act she committed.”

The women were mimicking the act of civil disobedience first exhibited by Vida Movahed on a sidewalk on Revolution St. in Tehran on December 27, 2017. Photos of Movahed’s silent protest went viral on social media, turning her into a symbol for women who oppose compulsory clothing regulations.

The 31-year-old disappeared for a month after the photos appeared, resulting in Iranians expressing concern for her on social media with a hashtag translating to, “Where is the Girl from Revolution St?” English speakers followed suit with the hashtag, #Where_Is_She.

Iranian attorney Nasrin Sotoudeh told CHRI that she visited the 128th Police Station in Tehran on January 28 and was informed that Movahed had been released on bail.

Now referred to as “The Girl From Revolution St.,” Movahed has been refusing interview requests.