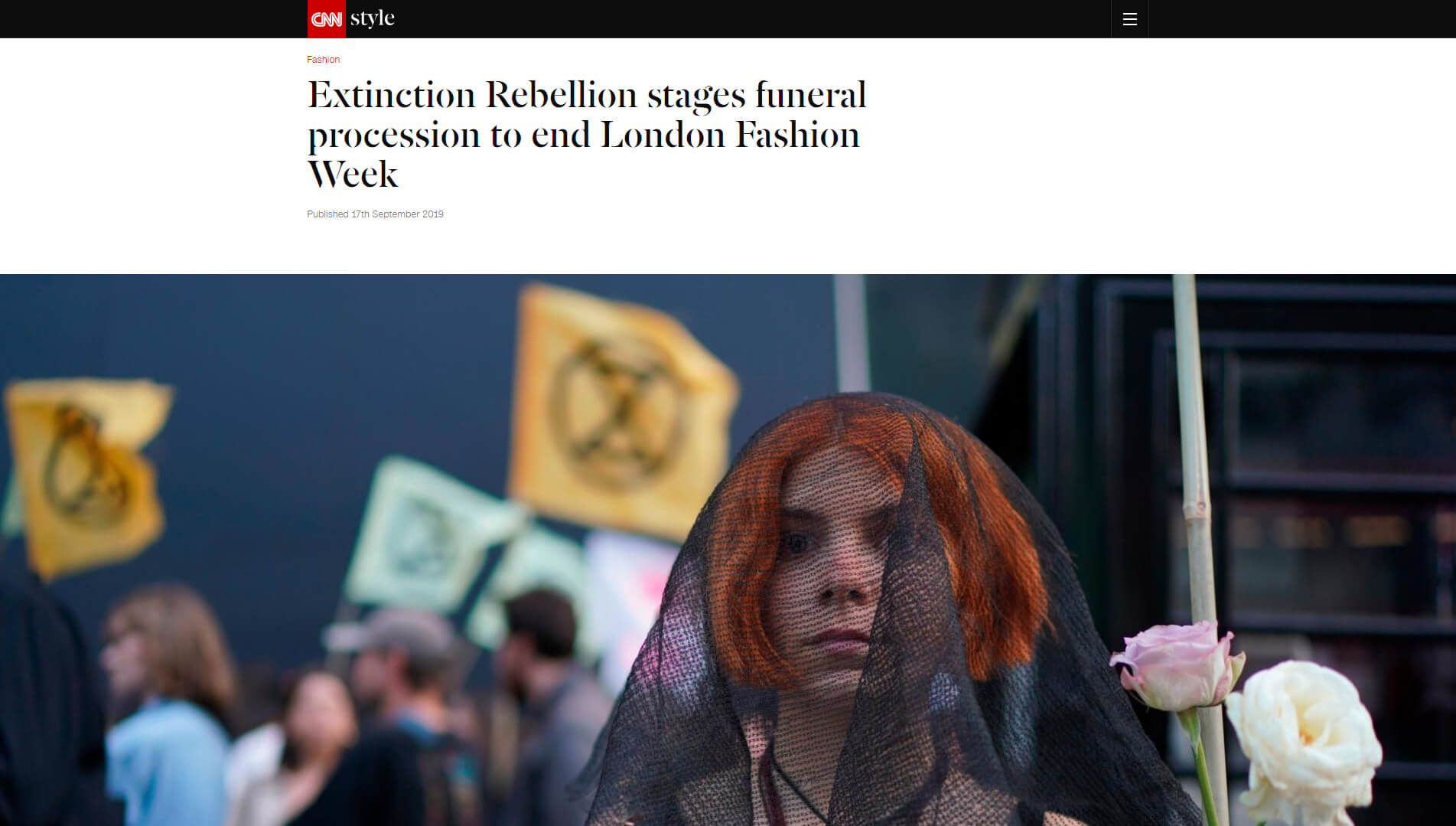 The group is calling for this year's fashion week to be the last, after demanding its cancellation in an open letter to the British Fashion Council earlier this year.

The march began at Trafalgar Square before progressing along the Strand, a major road in the center of London, to London Fashion Week's central venue at 180 The Strand. Protesters were dressed in black, wearing veils and carrying white roses

Pallbearers carried black coffins, one bearing the slogan "OUR FUTURE," while other activists banged drums and waved flags featuring the hourglass-shaped Extinction symbol. Banners and placards carried by protesters read "LIFE OR DEATH" and "R.I.P. LFW."

Members of the Red Brigade, a protest and performance group that has participated in previous Extinction Rebellion events, wore vibrant red robes, headdresses and veils, their faces painted stark white and their eyes outlined in black.