Dressing for a Hotter Planet: In the Philippines, Designers Are Creating Compelling Alternatives to Fast Fashion 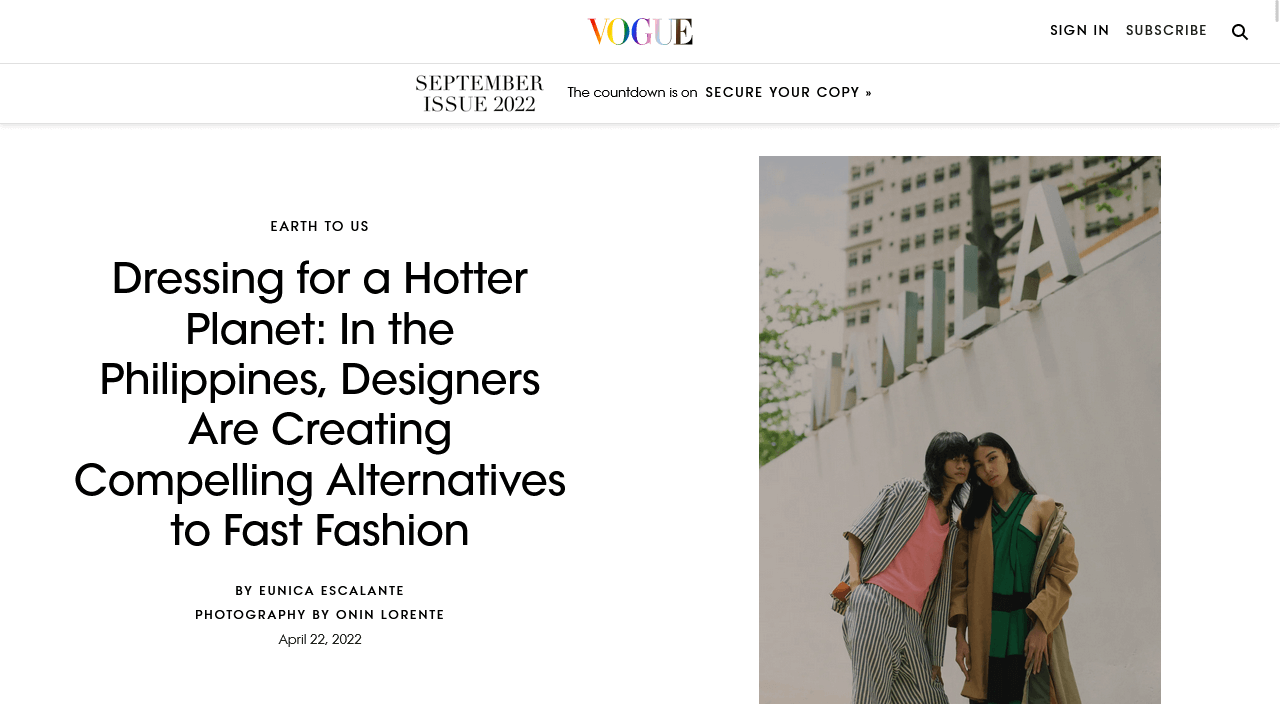 The effects of climate change can sometimes seem abstract. We talk of doomsday scenarios—widespread droughts, flooded cities, and climate-induced famine—yet frame them as an event in the future, only to happen when humanity has failed. But while that mindset may be tenable in the Global North, where modern-day conveniences make it easy to turn a blind eye, the impacts of climate change are viscerally present elsewhere in the world.

In the Philippines, the country most at risk from the climate crisis, the threats from our changing planet are already an everyday reality. Warming ocean temperatures are damaging coral reefs, debilitating the vital marine ecosystems that coastal villages have relied on for centuries. Rising sea levels are projected to put the country’s urban core, most of which is situated along low-lying coastlines, underwater. The increase in global temperatures is causing extreme weather events like typhoons—of which the Philippines averages 19 to 20 per year—to be more frequent and destructive. Just this month, Tropical Storm Megi made landfall, causing widespread floods and landslides that left dozens injured or dead and thousands displaced. Even as the effects of the climate crisis seem inescapable, the Philippines remains the deadliest country for environmental defenders in Southeast Asia, exacerbating the feeling that the country’s climate future is out of Filipinos’ hands.