'Black Is King': Beyoncé's visual album is a feast of fashion and symbolism 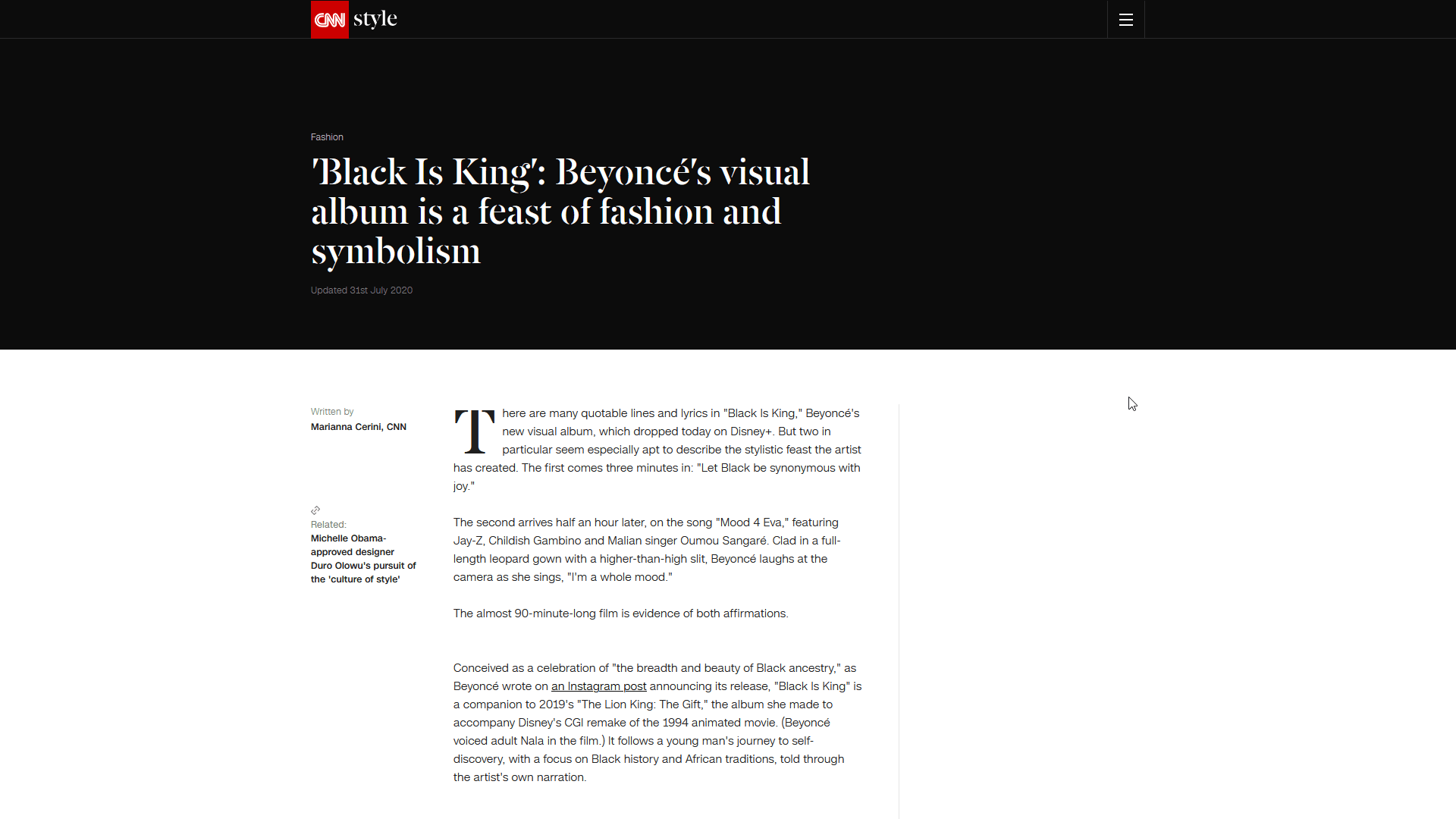 here are many quotable lines and lyrics in "Black Is King," Beyoncé's new visual album, which dropped today on Disney+. But two in particular seem especially apt to describe the stylistic feast the artist has created. The first comes three minutes in: "Let Black be synonymous with joy."

The second arrives half an hour later, on the song "Mood 4 Eva," featuring Jay-Z, Childish Gambino and Malian singer Oumou Sangaré. Clad in a full-length leopard gown with a higher-than-high slit, Beyoncé laughs at the camera as she sings, "I'm a whole mood."