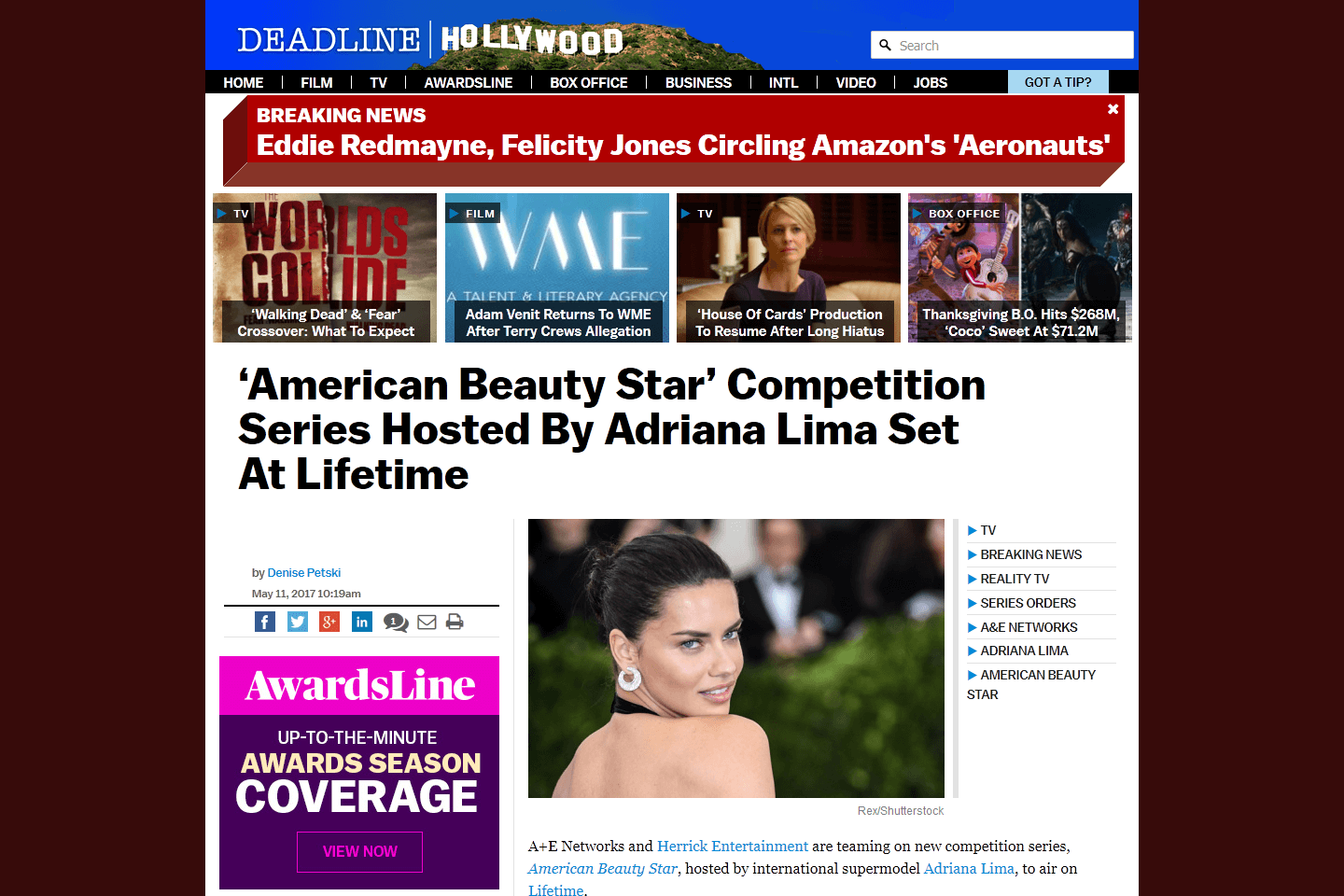 Production begins in Los Angeles this June on 10 hour long episodes. The series brings together 12 celebrity stylists and salon professionals to compete in a series of challenges, from creating high-end editorial looks to the most current glam creations for red carpets and runway shows. At the end of the season, only one contestant will be named American Beauty Star.

"We are thrilled to be in partnership with A+E on the series, as it’s the perfect home for our highly engaging and entertaining beauty competition series," said Executive Producer Norton Herrick of Herrick Entertainment. "Global sensation Adriana Lima will host alongside a slate of the highest-caliber names in beauty and lifestyle. The collection of talent and creativity makes the series a must-watch for beauty enthusiasts of all ages and interests."

"Herrick Entertainment has created a unique format in the beauty space marrying proven reality-competition story beats with fresh new twists and an outstanding cast of competitors who are at the top of their game. We’re delighted to partner with Norton, Adriana and the Herrick Entertainment team to bring this fresh and original new format to life for our viewers," stated Paul Buccieri, President A+E Studios and A+E Portfolio Group.

American Beauty Star was created by and is going to be produced by Herrick Entertainment. Norton Herrick executive produces, along with Ross Elliot and Christian Murphy.