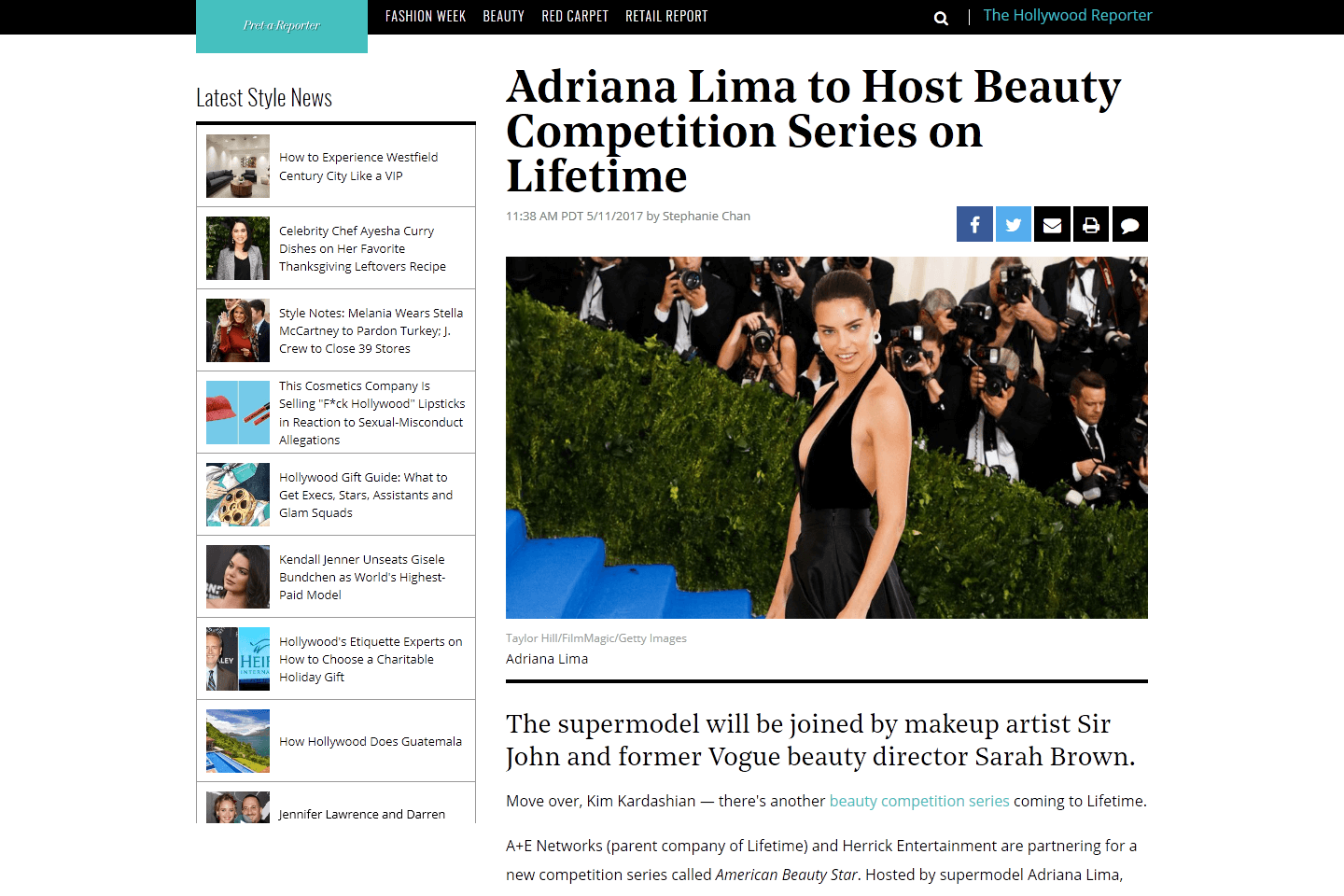 There's genetically blessed, and then there's Adriana Lima. That impossibly perfect skin, those jet-black waves, the brows we'd kill for — you don't get to be Forbes' second-highest paid modeland reach legendary Victoria's Secret Angelstatus for nothing, after all. But for the most part, the supermodel has stayed out of the spotlight — until now. Lima is tacking on yet another line to her resumé and it's going to be good.

According to Hollywood Reporter, her new venture comes in the form of a Lifetime beauty competition series called American Beauty Star, on which Lima will host alongside a panel of judges, including Beyoncé's makeup artist Sir John and former Vogue beauty director Sarah Brown. In 10 one-hour episodes, 12 celebrity stylists and salon pros will go head to head, creating different looks for red carpet challenges and editorial shoots until the list dwindles down to one winner. Unfortunately, the premiere date is still TBD, but filming starts next month.

"Herrick Entertainment has created a unique format in the beauty space marrying proven reality-competition story beats with fresh new twists and an outstanding cast of competitors who are at the top of their game," said Paul Buccieri, the president A+E Studios (the parent company of Lifetime).

If the whole thing sounds like the beauty equivalent of Project Runway, that's because it basically is. (Good thing Lima can hit up VS alum Heidi Klum for advice.) With this and Kim Kardashian's upcoming Glam Masters series on the network, it's looking like we're about to get a hell of a lot more hair and makeup inspo coming our way — and that's always a very welcome thing.