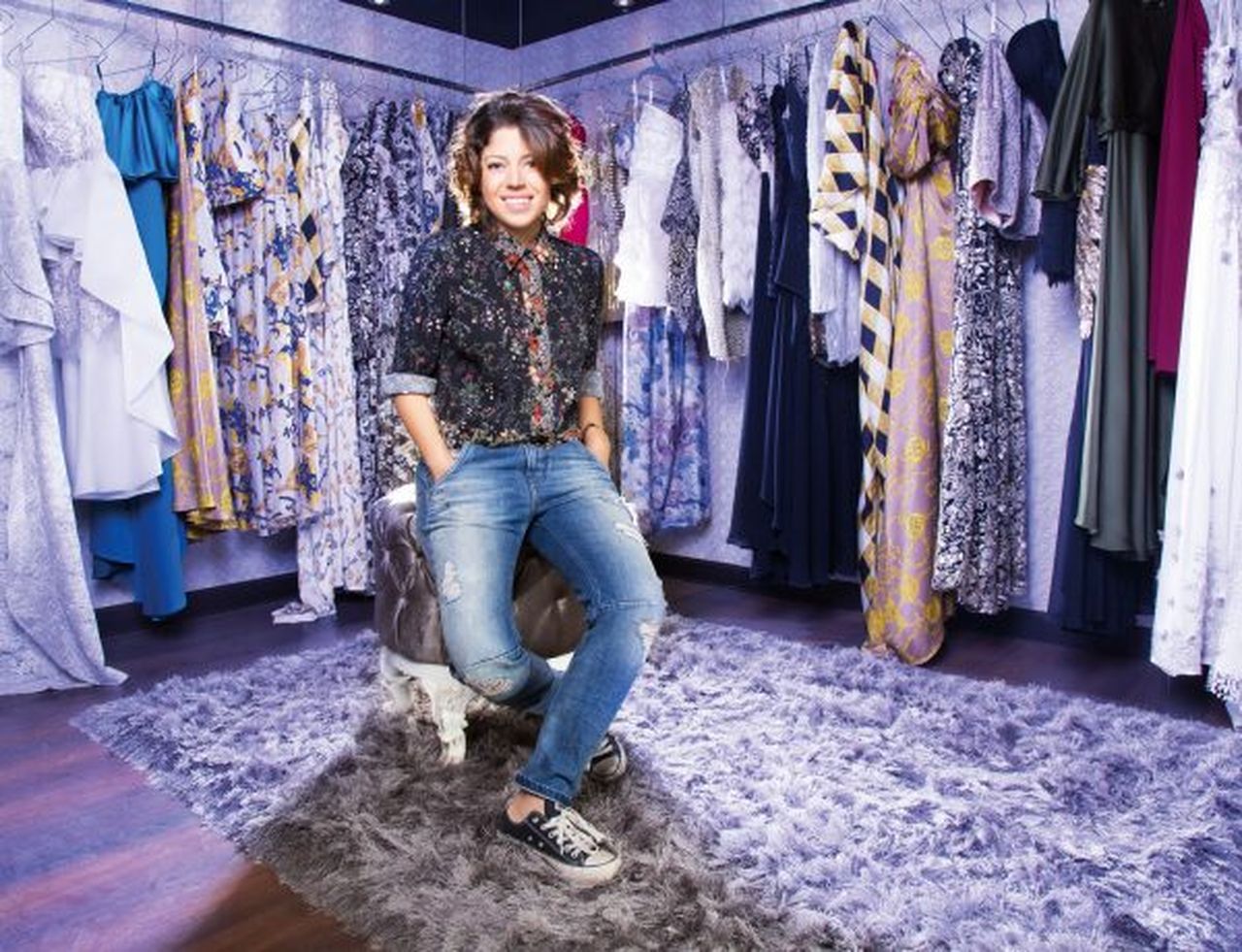 With an evident passion for all forms of art and music, Norine Farah has always lived on the fine lines between avant-garde, drama and daring uniqueness. However, it was not before many artistic experiments that fashion came into her life.

Starting university, she always knew deep in her heart that fashion was her field; therefore, it was not long before she started exploring her talent. From specialized courses at the prestigious Marangoni institute in Milan to Polimoda in Florence, Farah spent years indulging in qualified education before creating her own aesthetic.

After university,Farah kept experimenting in other fields until she finally realized that designing will always be her calling. She started off designing costumes for Davidoff; yet, it was not long before the idea of establishing her own label became too consuming.

As a new player in one congested field, Farah met Egypt's fashion industry for the very first time through Cairo Fashion Festival III, which gave her the push she needed to enter the market.

Even though she is greatly known for her changing style and progressive themes,she has successfully stayed true to her initial style; daring fashion with elegance.

Her latest SS15 collectionwas showcased during Cairo Couture Collections. The romantic collection created great buzz due to its fine details and intricate embroidery. The dreamy mix of pearls, chiffon, flowers and lace were highly noted by the audience, media and loyal customers.

With that said, her FW15 collection created even a greater buzz. The baroque collection attracted massive attention due to its debut at the big apple. Farahmade history and went all the way to New Yorkin order to showcase her exquisite gowns at Tiffany's New York Fashion Week at none other than the Plaza Hotel.

After the transformational milestone, Farah decided to raise the bar and once again surprise her clients and fans. The designer's latest creations are inspired by technology; the Huawei Mate 8 to be more specific.

She chose three different themes in order to highlight her favorite aspects regarding the smart phone. After using the mobile for few weeks, Farah was able to define the cutting-edge technology through fabrics and stitches. Her collection featured the phone's sophisticated design, contemporary technology and smart shape. Accordingly, her collection could be divided intothree mini stories; elegant baroque, hip and finally smooth.

Nonetheless, the gold dress is the collection's main star.the timeless gown is the first of its kind as it effortlessly imitates technology; representing an era of fashion taking ques from technology on appose to how the first used to lead the way.

The designer chose the gold color in particular due to herfondness of her gold Mate 8. The dress reflects her personal interpretation of the phone's aesthetic. While its color is solid and daring, the dress's cut is edgy; yet, with great understanding of a woman's shape as it perfectly hugs the wearer's body.

The dress is elegant beyond its time to say the least. "I personally believe it is the most comfortable gown I have ever made because the fabric drapes very elegantly without the least need fora corset," said the designer.

Finally, the dress does not only reflect the phone's main elements it also matches its progressive features as it could be worn reversed; front/back. 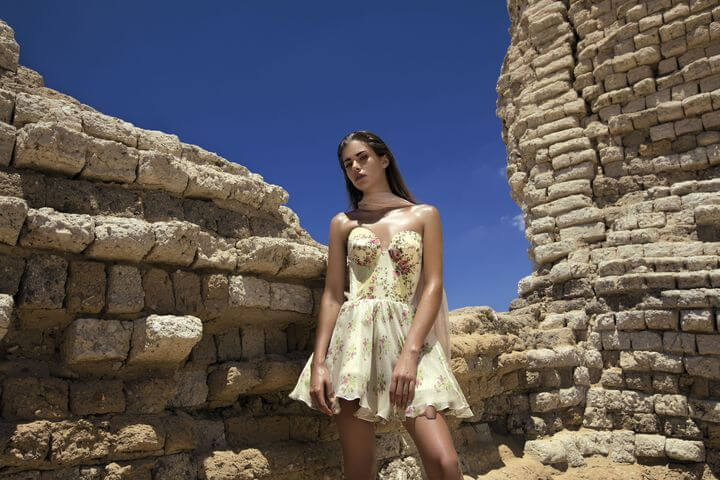 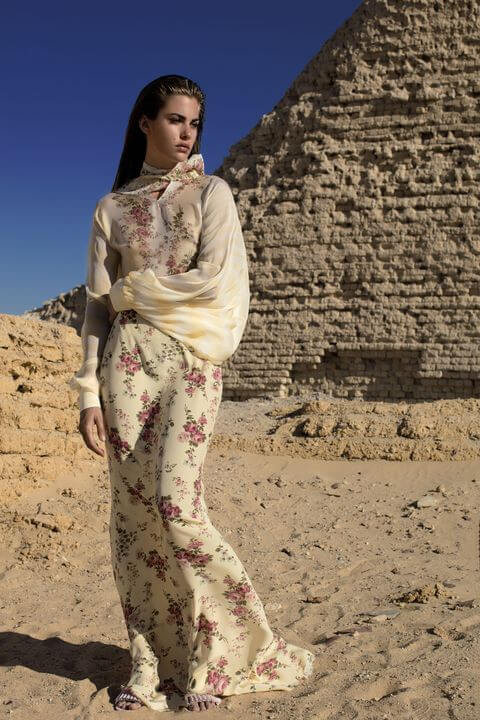 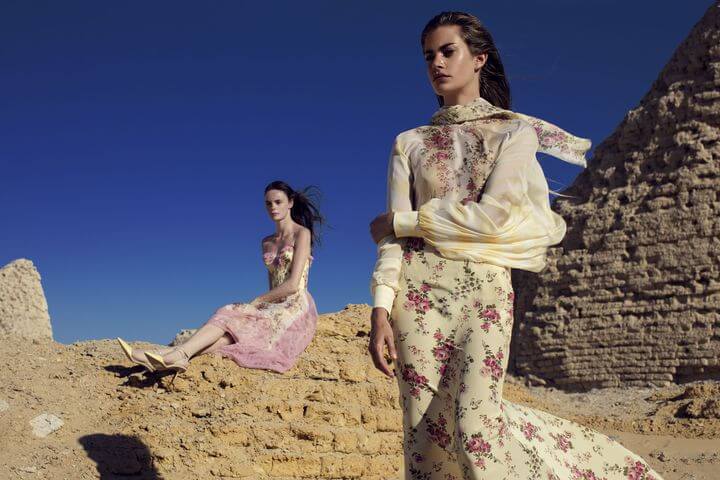 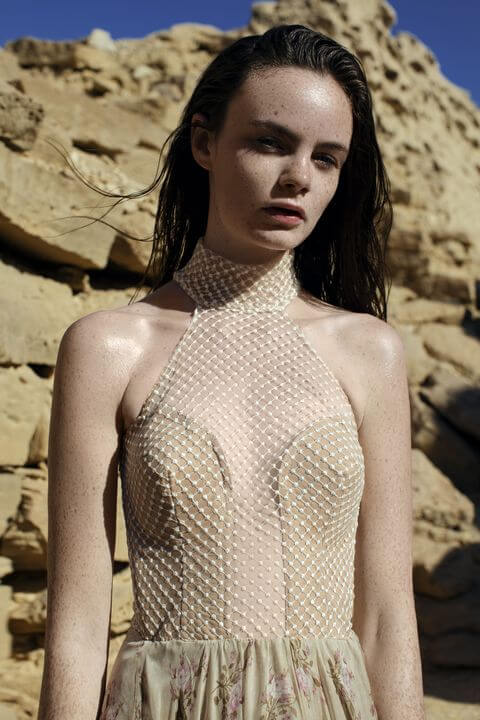 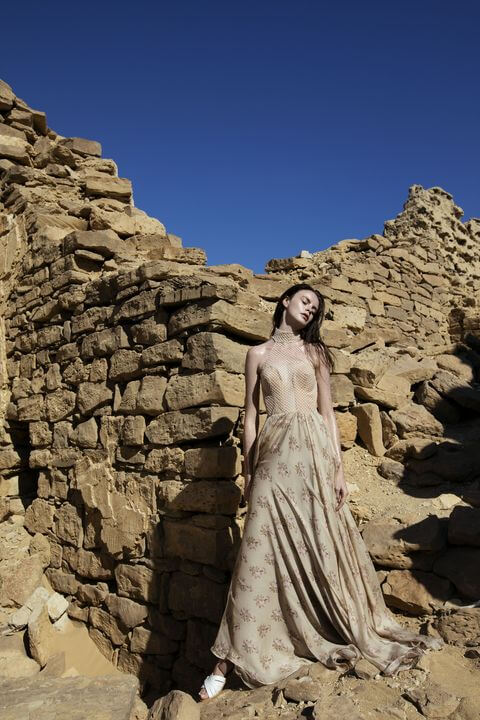 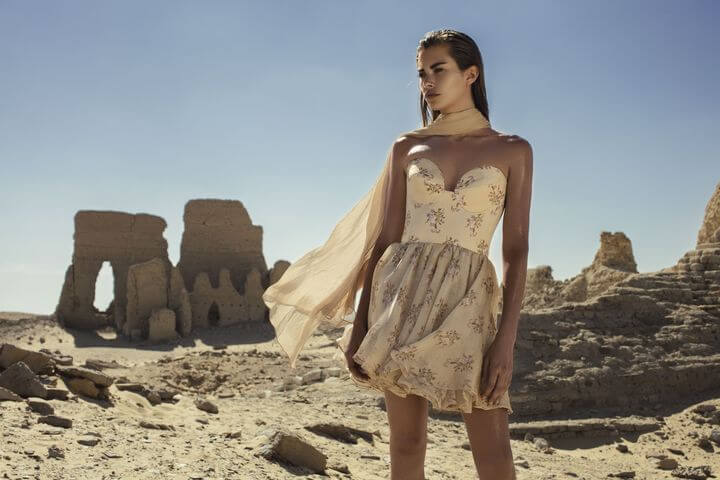 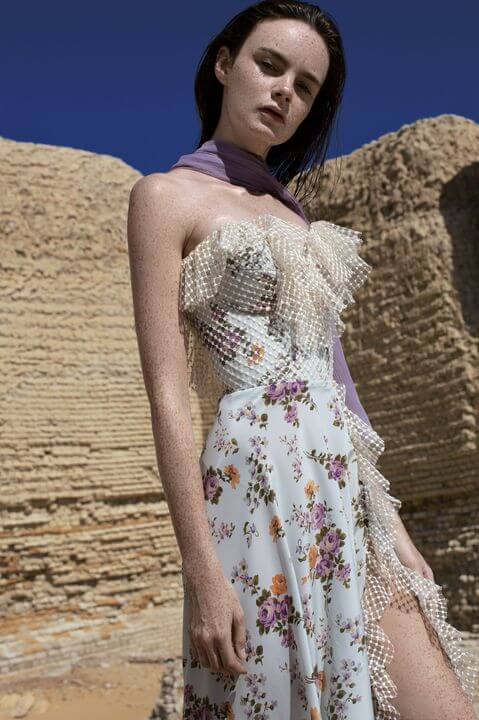 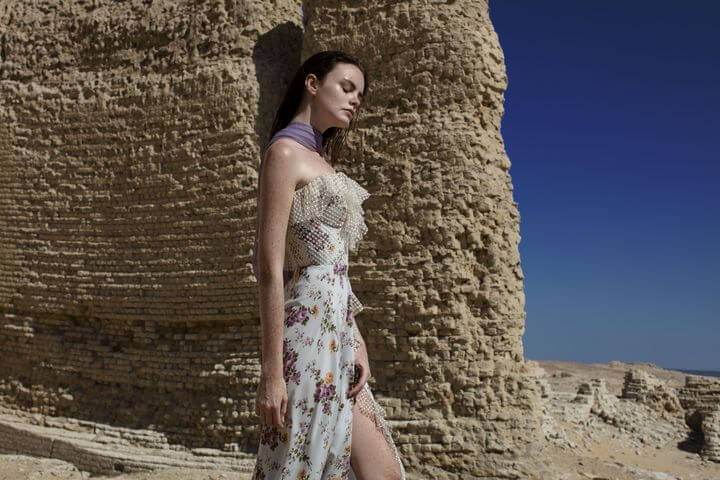 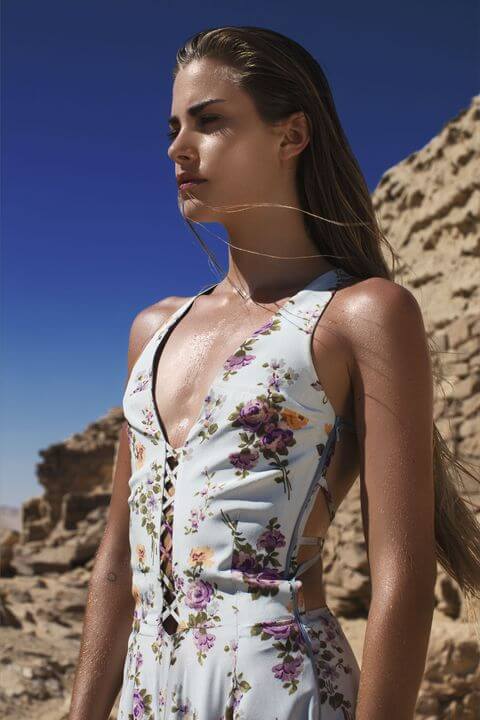 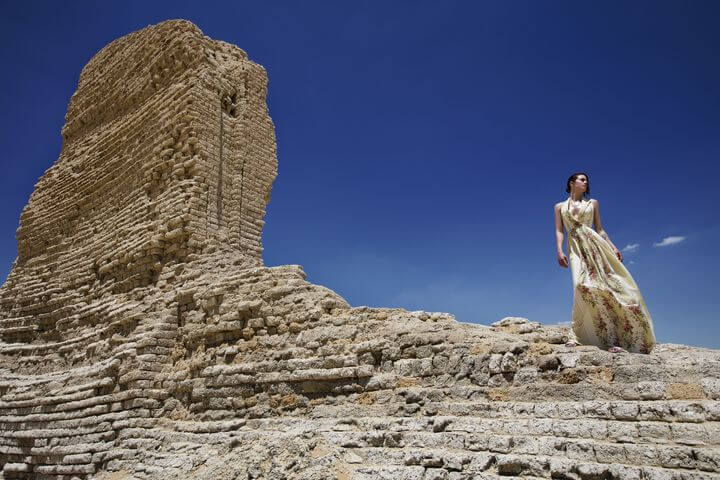 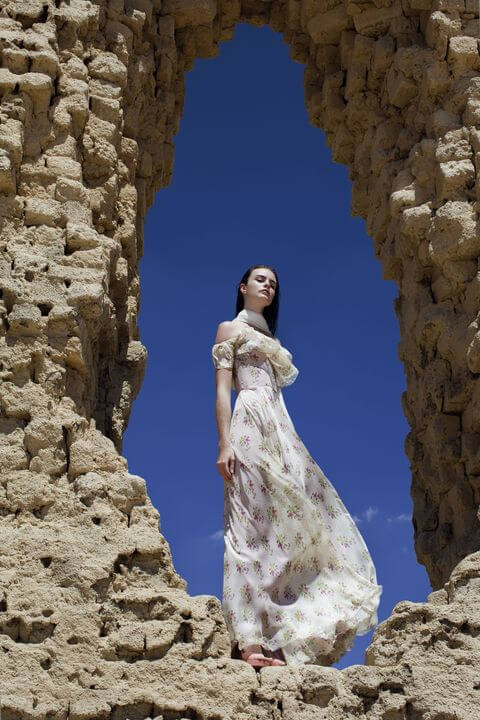 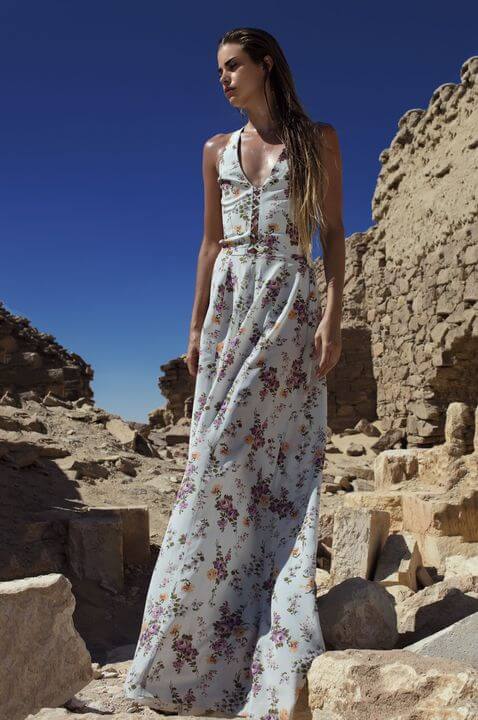 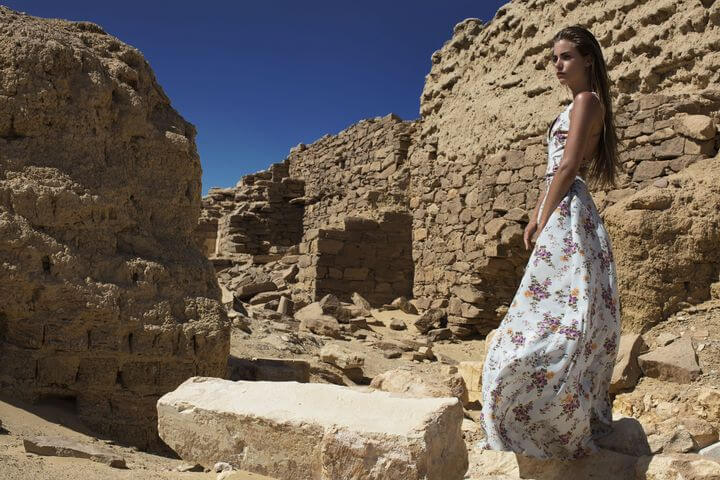 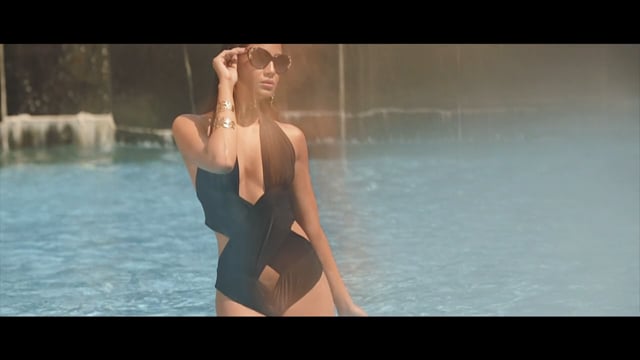